From the Maritime Silk road and the Nile, to naval warfare and exploration, boats have been built and used by African societies dating back nearly eight thousand years. Mali emperor Abu Bakr II is said to have set to sea to explore ‘the limits of the ocean’. Growing evidence suggests that the Malian explorer landed in the “New World” approximately 200 years before Christopher Columbus–and was certainly not the first. Leading a fleet of 2000 ships, Abu Bakr II set sail across the Atlantic and never returned. Some historians argue that such an expedition never could have happened and that there are insufficient historical records to justify such a journey. Nevertheless, there is evidence that boats existed and were used in many different ways in ancient African societies.

The Dufana canoe was discovered to be the third oldest boat in the world. Discovered by a Fulani herdsman in 1987, the boat was excavated from five feet deep in the earth. Made of mahogany, the middle was dug out to hold two rowers. The original canoe found in Yobe measured 8.5 metres long and 0.5 metres wide. Radiocarbon dating on charcoal samples from the excavation site date the canoe to around 6500 BCE, being the oldest boat in Africa. 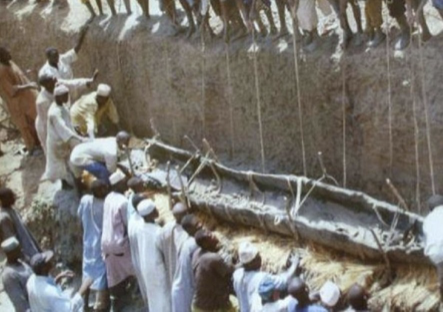 The late discovery is an important historical landmark for Nigeria and Africa . It proves that technology and society in the Niger region were just as advanced, if not more advanced at the time, as Egypt, Mesopotamia, and Phoenicia.

The first records of boat and waterway usage in Africa come from Ancient Egypt. Known for their advanced technology and information, Egyptians used boats to travel to others along the Red Sea, the Nile, and their biggest partner, Land of Punt. They transported everything from grain and cattle, to coffins and building materials.

Ancient Egyptian boats are classified into two categories: boats made of reed (Figure 1), and boats made of wooden planks (Figure 2). 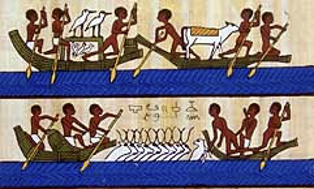 The Skiff  was a type  of boat made of Reed. It was predominantly used for fishing and hunting in marshes, or for travelling short distances. The air pockets in the reed made it particularly buoyant, which was an important aspect to consider when crafting their boats. 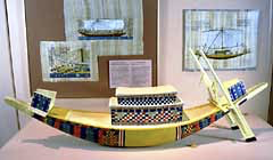 Wooden ships were generally larger and were used around 3000 BCE in ancient Egypt. These ships were made of planks of Acacia wood which were roped together. Both oars and sails were used to  travel longer distances and carry heavier loads, such as building blocks for the pyramids. Wooden ships also had ceremonial purposes and are often drawn in tombs (see Figure 3.)

As Carthage rose, it became the new port for ships and trade right on the Mediterranean Sea. The trading superpower had a strong Naval army that was fought in wars as early as 600 BCE. Most notably, the First Punic War against the Romans lasted 23 years from 264-221 BCE. 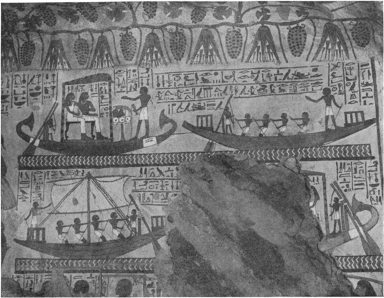 Fig. 4.—Model of a Carthaginian Punic Triere warship used in the Punic war. This model dates back to 250 BCE.

Carthaginian warships were able to move quickly with the power of many rowers. Known for their speed, ships were manufactured to stay light and narrow, rather than engaging in a race with gigantism. Sails of ships were typically decorated with horse heads, which eventually became the Carthage symbol. Evidence shows that these large warships were ad hoc assemblages for campaigns and battles. A variety of ships were sailing the Mediterranean Sea, enforcing their monopoly on trade. Carthage was the most feared kingdom in the world because of its strong naval power, until it was defeated by Rome in 146 BCE.

A splash from the past

Boats are an important sign of culture, society and civilization. They indicate that the people who lived in those societies were innovative, organized, and sought to create solutions to the problems that existed in their regions. So although waterways were once perceived as barriers, they were actually avenues for trade, migration, and defense. Boats were an important tool for societies to gain more control over their environments, and ancient African societies were among the first to start using them. Boats were crucial for the formation and sustainability of the diverse societies across Africa, and allow us to get a glimpse into the organization of societies that existed centuries ago.

We publish a new issue  every two weeks.

Next issue will be released on the 11th  of April. Our theme is "Beauty"